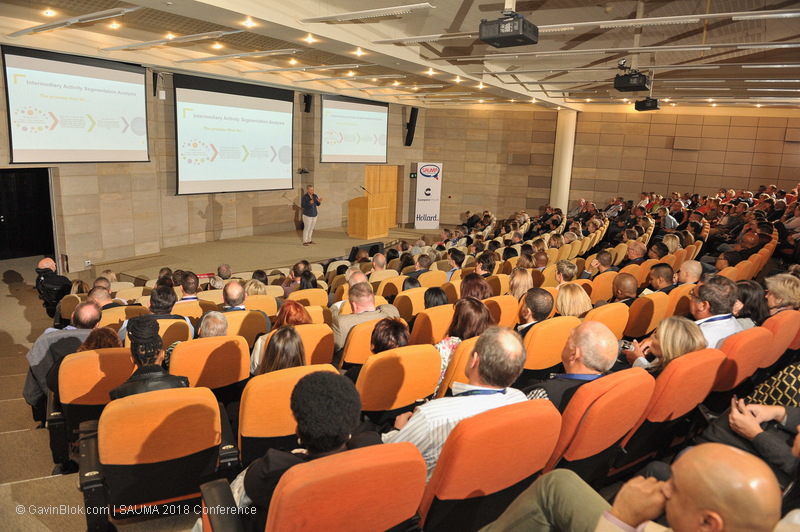 South African Underwriting Managers Association (SAUMA) is an association recognised by the Financial Sector Conduct Authority (FSCA, previously know as the FSB) to represent and support the underwriting manager operating as an independent professional underwriting business.

SAUMA recently held its 9th annual conference, at the ambient surrounds of The Campus, in Bryanston. We were delighted with the 9th installation of the conference, which delivered on everything it had promised. The event was a huge success for both its organisers and those who took part – speakers, sponsors and delegates in the underwriting managing, intermediary and insurer environment.

Congratulations to Christine Sounes, Natasja Blok and the rest of the SAUMA team for an outstanding event!

In the press release below, SAUMA shares a recap on the event:

Speakers this year were:

Hosted by the charming Letlhogonolo Tau from Sasria SOC Ltd, who did an outstanding job as the MC, set the tone by putting everyone at ease. His unlimited arsenal of dry one-liners (which he fired frequently), delighted the crowd.

SAUMA chairman, Steve von Roretz, welcomed delegates and thanked previous chairperson, Tersia Davey, for her tireless efforts while at the helm. Steve then introduced Omnicover’s Peter O’Dwyer, who highlighted the plight of those who suffer with Motor Neuron Disease (MND). Present, was former Alexander Forbes employee, Kevin Jordan, who had been diagnosed with the progressive neurological condition and authored the book Dying To Live. Peter announced that SAUMA was donating R30 000 to You and Me vs MND, an organisation started by Kevin and his wife, and challenged companies to match their gesture. It was a very moving and inspiring way to begin proceedings.

Steve von Roretz then spoke briefly about the immensely significant role the highly-skilled UMA fraternity plays in the insurance industry, a function, that according to him, legislation has not sufficiently acknowledged as yet. He expressed SAUMA’s commitment to continued engagement with the FSCA in this regard, emphasising the high level of expertise UMAs bring to the industry.

Lezanne Botha from the FSCA spoke first, giving an update on legislation and regulations pertaining to UMAs, with the first section having come into effect from the 1st of January, 2018. Her primary concern was ensuring that the customer was always being treated fairly, and to avoid the situation where they were perhaps being charged twice for receiving the same service, and addressing similar conflicts of interests.  She acknowledged that the industry is made up of many different types of players and that the FSCA was committed to accommodating everyone. She sees insurance and underwriting as part a highly innovative industry and stated the need for regulation to move alongside innovation.

Next up was the very passionate-about-water, Professor Anthony Turton, whose central message was that the current paradigm of water being scarce should shift to one of water abundance – it is after all, said Prof Turton, an infinitely renewable resource. He looked at how the supply of water was critical to a growing economy and gave a brief overview of the history of South Africa’s economy, particularly in the 20th century. Since 2002, 98% of SA’s water had been allocated, placing pressure on any foreseeable economic growth. Prof Turton defined water availability as both an economic enabler and economic disabler. He recollected with a grave sense of disappointment, how he was privy to a massive foreign investment contract being cancelled, as the State could not guarantee an adequate water supply for the project.

However, in painting pictures of possibility, the Professor mentioned how one of his favourite sights on the planet is in the centre of the Australian city, Perth, a water-scarce region. Perth has a large square that acts a as giant water fountain, with water shooting up in the air, and children running around playing in it. That is the paradigm shift Anthony feels should be ushered in: that water is there to be enjoyed, and is infinitely abundant. He also explained how the minds who solved the wealthy nation of Singapore’s water crisis, are in fact, residents of Cape Town. The irony sent an uneasy laughter of disbelief through the auditorium.

At that, the conference broke for a delightful tea, and as if the calibre of speakers was not rich enough, Tau introduced a surprise guest – General Johan Booysen. The former head of the KZN Hawks, co-author of crime-kabal expose, Blood on Their Hands, spoke at last year’s conference and this time around he gave an update of what has happened in the past 12 months. Since then, many cases were now underway that would soon bring about justice. In a shock revelation, General Booysen revealed how, as part of his interview for the top job at the Hawks, he was driven straight to a meeting with none other than…the Gupta brothers. The position, however, was given under extremely suspicious conditions to Berning Ntlemeza. General Booysen was optimistic about the undoing of state capture and very enthusiastic in his new task of tackling cash-in-transit heists.

The enormous gravity the next speaker brought was tangible. Dr Iraj Abedian confirmed that globally, the economic outlook was in synchronised positive growth territory. This was the first time since the massive crash of 2008. He highlighted the challenges that our country faces in order to make use of the opportunities for investment that lies ahead. From his perspective, this was possible, as emerging economies that could get their act together, could provide bigger yields for investors than established economies. He stated that the looting of state coffers, which he likened to a lethal cancer, had to be dealt with properly, and in so doing, the entire length and breadth of the state capture would become clear. He anticipates that our state capture was the biggest looting of a nation in the modern era.

He gave a sober perspective of the economic struggles of many South Africans. There is even a large percentage (53%) of South Africans who are employed, but are still actually poor, having to borrow money from month to month just to survive. The “employed poor” was a category he was very concerned about.

He closed off with the hard-hitting message for all of us. It was not just the government that was to blame for what had occurred, but the co-operating private sector. We are all to blame as very few sectors emerged with clean hands. The biggest issue at the heart of it all was one of ethical conduct. We all needed to do the right thing.

Finally, Brett St Clair was a breath of fresh air, setting into motion the acronym that gives business a lot of fear, that being…WTF… (What’s The Future?) Brett is a techno-freak and encouraged us to “be like Brett” and to enthusiastically embrace technology. He played a clip demonstrating the future of AI, and how Google Assistant booked a hair appointment over the phone, sounding and behaving just like a real person. It was mind blowing! Brett said that change was coming and that we needed to be on the look-out for its earth-shaking, industry-changing disruptions.

His brief, but fascinating history of the spice route (driven by meat-preservation and not flavour – you could just hear the people collectively thinking, “I didn’t know that”) was placed entirely under threat by ships merely transporting large blocks of ice. That entire industry was then disrupted by ice manufacturers and that industry, in turn, disrupted by fridges. Brett pointed out that industry-disruption was even faster in today’s world.

He left us with the question of how companies, and more importantly, us as individuals, will respond to this technological rate of change. His advice…JUMP IN!

The conference was concluded and a sumptuous lunch was served to delegates under the Oakhurst Insurance marquee, all going away with plenty of food for thought. In terms of relevance to the current socio-political and economic climate, the speakers really hit the nail on the head!

SAUMA would like to thank all the sponsors for their support as well as the delegates for attending, and look forward to seeing you all at next year’s conference.

Previous
Next
PrevPreviousAt the intersection of heritage and innovation. Thirty years of MUA.
NextMember’s notice | Money laundering typologiesNext
Previous
Next