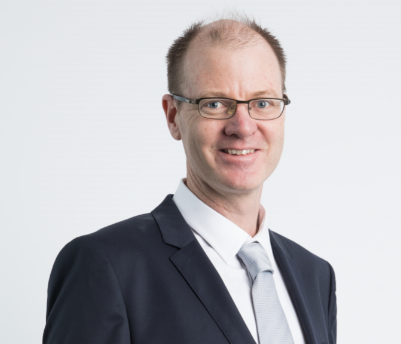 Cautiously optimistic despite the fragile economy

After a highly challenging year, in hindsight we might view 2018 as a decisive one in our history and consciousness – where we broke free from both the legacy of 2007 ANC Polokwane Elective Conference and the debilitating pull of the 2008 global financial crisis (GFC).

While it may not feel like it right now – there are grounds for cautious optimism.

Major economies made progress in 2018 in terms of normalising monetary policy from the abnormal and exceptional policy in place since the GFC. The US Federal Reserve (US Fed) raised interest rates by one-quarter percentage points four times in 2018 (and a cumulative 2% since it started hiking in 2015) and continues to reduce its stock of US government bonds by $50 billion per month, while the European Central Bank ended its €15 billion monthly purchases of government bonds in December (after reducing it to €30 billion last October) and could hike short-term rates in 2019 shortly after the European summer.

According to the South African Reserve Bank (SARB), more than one-fifth of emerging economies also raised interest rates in 2018 (compared to less than one-tenth the previous year). The gradual normalisation of global interest rates is positive for financial markets after years of distorted policy where interest rates were kept abnormally low.

Of course, interest rates are still low compared to their longer-term averages, and the Fed this year indicated it might pause it its hiking cycle. But, compared to where we were not too long ago, the world is in a better place. This is especially true with inflation. Four years ago, no developed economy had an inflation rate above 0.5%, whereas many are closer to 2% today. It’s important because having some inflation in the system eliminates a significant negative tail-risk for the global economy, as it makes developed economies debt burden far more manageable.

These SA growth expectations look reasonably pessimistic, and it is not unreasonable to think economic growth could exceed these relatively low expectations in subsequent years, provided the challenges around Eskom can be resolved.

So, while the Ramaphosa rally in terms of renewed consumer and business confidence in 2018 was short-lived, it would be churlish not to acknowledge that today we are in a much better place than one year ago, given the significant changes implemented in 2018 to repair its institutional framework. Boards at State Owned Enterprises (SOEs) have been stabilised, key institutions (SARS, National Treasury, SARB) have been strengthened, and supposedly captured individuals side-lined.

At the same time, despite mediocre growth for much of the Zuma regime, the SA consumer has significantly deleveraged with consumer debt as a percentage of disposable income falling from 87.8% in 2007 to 70.9% in 2018, and real credit growth negative since 2014 despite increases in real disposable income.

Of course, all bets are off the table should Eskom default or continue with its rolling blackouts. Such an outcome will be very negative for both the SA rand (and SA inflation) and the SA economy.

Previous
Next
PrevPreviousBudget review: Take the bitter with the sweet
NextBudget – South Africans urged to consider long-term viewNext
Previous
Next