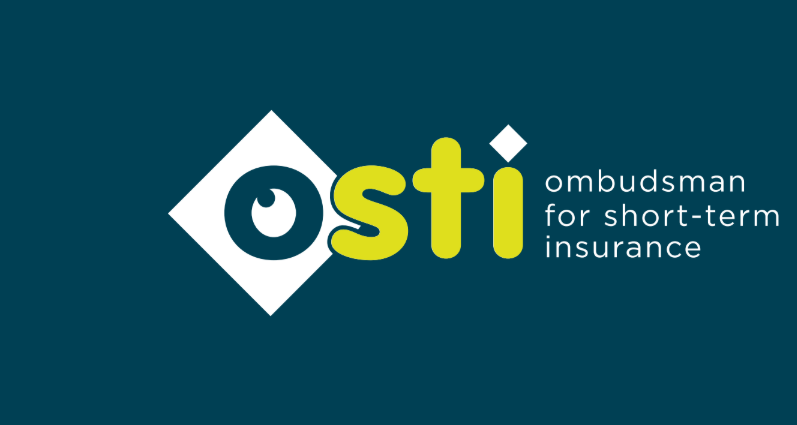 OSTI Annual Report for the period 2018

The Ombudsman for Short-Term Insurance (OSTI) today released its Annual Report on Operations for 2018. OSTI is the body responsible for providing consumers with a fair and transparent dispute resolution mechanism when it comes to short-term insurance disputes.

In 2018 the ombudsman closed 9 474 complaints (out of 9 779 formal complaints and 4 026 preliminary matters received) and recovered more than R87 million in favour of consumers. This was roughly in line with 2017’s statistics where 9 962 complaints were closed and just over R87 million was recovered.

More than two-thirds of finalised complaints related to concerns about an insurer’s decision on a claim, with 36% relating to the rejection of a claim on the basis of an exclusion or warranty in the policy terms and conditions. The report points out that consumers do not know or understand material terms and conditions contained in their policy documents. This highlights the need for policy documents to be drafted in clear and simple language.

Notable among the annual statistics was OSTI’s low ‘overturn rate’, the percentage of matters where some portion of the insurer’s decision was overturned. In 2018 this percentage sat at an overall 18%.

Sensitive to the fact that many read this figure as an indication of performance and how customers were being treated by an insurer, Ombudsman Deanne Wood explained that OSTI had amended its reporting in this regard. “In an effort to break the entrenched thinking around insurer statistics, and in the hope that it will encourage more conciliated outcomes, OSTI has changed the way in which it reports its insurer statistics. In this year’s report, the statistics reveal the number of matters where the insured received some benefit as a result of OSTI’s intervention (formally described as the overturn rate) in two separate parts.” Part one relates to matters where resolution was received consensually and through discussion or conciliation, and part two reflects those matters where OSTI was required to make a formal recommendation or ruling to compel compliance from the insurer.

On average, disputes in 2018 were resolved in 104 days, an improvement on 2017’s 131-day turnaround and close to OSTI’s target of 100 days. However, while speed is important throughout the resolution process, OSTI remains keenly aware that the quality of its interventions are of particular importance. It is for this reason that the ombud’s primary focus for 2018 was streamlining its complaints resolution mechanism.

The year saw a freshly-rebranded OSTI make changes across all segments of the business, including upgrading existing IT systems to modernise the complaints process, establishing a new customer experience department, and introducing an internship programme to support graduate lawyers. Consumers can already lodge complaints telephonically or online, so grievances will be assessed faster ensuring more rapid resolution, insurers will be incentivised to resolve complaints at inception, and a facilitation process comprising negotiation, conciliation and mediation will now be used to resolve more complaints.

According to Deputy Ombudsman, Edite Teixeira-Mckinon, “Increasing levels of awareness, although still low, have resulted in increasing customer demand and expectations when it comes to dispute resolution by ombud schemes. There are greater expectations of speed, simplicity and online assistance.”

Legislative changes to the way financial ombud schemes work, as a result of the Financial Sector Regulations Act of 2017, also promise a more efficient consumer complaint mechanism; particularly with the in-principle agreement to merge OSTI with the Office of the Long-Term Insurance Ombudsman. Additionally, in terms of Chapter 14 of the Act, OSTI will also be required to report to the Ombud Council on trends that emerge from complaints received and how these trends are being dealt with and resolved. This will require OSTI to harvest more accurate data, a requirement spurring on significant improvements to its IT capabilities. The Act comes into effect on 1 September 2019.

These changes are squarely in line with global practices and mirror ombud schemes in other jurisdictions which put the consumer at the centre of amalgamation and streamlining efforts.

Concludes Teixeira-Mckinon: “The only way to participate in a constantly changing world is to find ways to connect. The less we change, the more siloed we become. Over the past year OSTI has had an opportunity to see different perspectives, get different points of view and come up with new ideas and approaches that will help it to become even more effective in a world that continues to change.”

Previous
Next
PrevPreviousHow to be deliberate about diversity
NextThe State of the Insurance Market – Is your business ready to take on the risks it could face?Next
Previous
Next