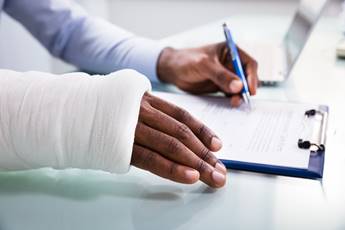 Sanlam paid out close to R4 billion in claims in 2018

In 2018, Sanlam paid out R3,9b in claims: R3,2b were for life cover, R329m for income cover and R323,5m for trauma and injury. The company also maintained its more than 99% admittance of death claims for the fifth consecutive year, of which 25% were linked to cardiovascular disease.

Karin Muller, Chief Executive of Sanlam Individual Life, notes that some of the 2018 statistics presented concern and she draws attention to the predominant illnesses and injuries faced by South Africans – and the corresponding importance of insurance.

“Our claims statistics provide crucial current and historical data that enables us to identify upward trends. This year, we found cardiovascular disease to be the leading cause of death claims. This aligns to the Heart Foundation’s 2017 report, which identified that 18% of deaths in South Africa are caused by heart disease and strokes – that’s 225 fatalities a day, with ten adults suffering a stroke every hour.”

She continues, “Accidental death (18%) was the second leading cause of death claims on our Matrix risk product, 39% of these were attributed to motor vehicle accidents. Cancer (25%) was the biggest factor behind lump sum disability claims in 2018. As for previous years, cancers and tumours were also the main cause for severe illness claims. Bones, back and connective tissue issues accounted for most (30%) income protector claims – a figure that hasn’t changed since 2017.”

More trends from this year’s claim statistics include:

Breakdown of claims from 2018:

Life cover: Total of R3,2b paid. Cardiovascular disease accounted for 25% of claims, which aligns with the Heart Foundation’s 2017 report that found heart disease to be South Africa’s second-biggest killer, after HIV/Aids. Most death and funeral claims were paid in respect of clients older than 55 years. Accidental deaths were the second biggest cause for claims (18%) under our Matrix risk product, with motor vehicle accidents accounting for 39% of these, and assault for 16%.

Dr Morkel, Chief Medical Officer at Sanlam says, “The cardiovascular statistics emphasise the huge cardiovascular burden affecting the South African population as a result of lifestyle diseases. Unless we address our underlying obesity and hypertension challenge, this burden will continue on an upward trajectory.”

Disability cover: This year, cancer was the primary cause for lump sum disability claims. Most claims for men were for cancer (28%), while it was cardiovascular disease for women (22%). This marks an interesting change from last year, when both genders claimed primarily for issues affecting bones, back, joints and connective tissues. The majority of disability claims were for clients aged 36 to 55 years.

Income protector: The majority (30%) of claims were paid for conditions related to bones, back, joints and connective tissue issues. Accidents were the second highest cause (21%), followed by mental disorder claims (13%). Most income protection claims for men were admitted for accidents (41%), while most claims from women (39%) were for bones, back, joints and connective tissue problems.

Interestingly, over the last four years, over 50% of all income protector claims were for accidents   and musculoskeletal conditions, with claims for the latter gradually increasing.

Sickness: Most sickness claims were paid in respect of clients between 26 and 45 years old. Claims were split 50/50 between men and women. Accidents was the category responsible for the most claims (17%). This category accounted for most men’s claims (25%), but women claimed equally for diseases of the respiratory system and for accidents (12%). Over the last four years, pregnancy and childbirth-related complications have accounted for 10% of the annual sickness claims.