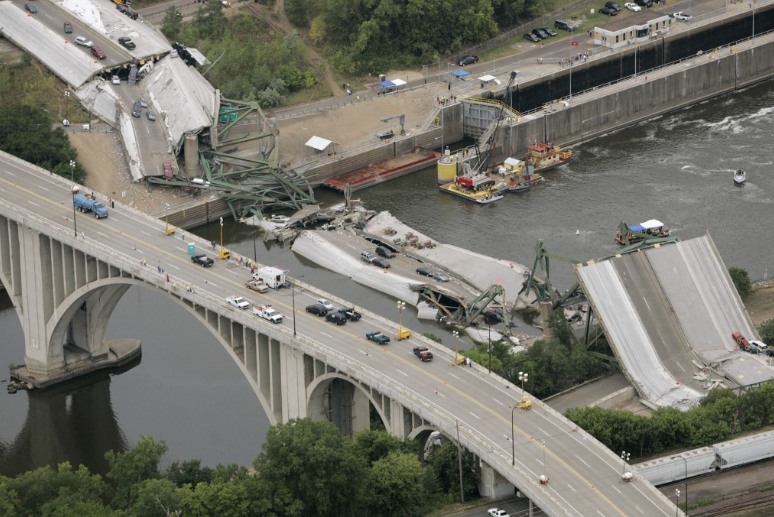 When the bridge is falling down, who is to blame?

On 19 April 2019, 13 people were killed in KwaZulu-Natal, when a church’s roof fell in. This was the latest in a spate of tragic fatalities caused by collapsed infrastructure. Other events include the sudden collapse of Hoërskool Driehoek’s walkway in 2018, the Grayston Bridge in 2015 and Tongaat Mall in 2013. There’s been a rise in the number of professional indemnity claims around bridges and buildings and there’s a natural need to attribute blame. But who is really responsible?

Firstly, it might not actually be the case that disasters like this are on the increase; perhaps social media just makes them more prominent in the public eye. Irrespective of this, it’s irrefutable that they’re happening – and the question is why? The answer lies in a perfect storm of factors, with human error from the primary players in a project often to blame.

Is the regulation at fault?

Let’s start with the question of oversight and regulations. There have been some rumours that national building standards have dropped, but this is simply not the case. National building regulations are revised every five years or so to keep them current. Additionally, there are construction regulations that regulate health and safety on-site. So, it doesn’t seem there’s much to fix from a standards standpoint – it’s the policing and enforcing of these that might be the problem.

While a project is in the construction phase it’s under the control of the contactors or engineers, following that, it gets handed over to the relevant authorities to inspect and it becomes a client’s responsibility to maintain the structure through regular inspections, with annual reports. If the developers are proactive in the process, then that’s a preventative step.

What the recent tragic collapses have done is raise awareness of the consequences of non-compliance, not sticking to regulations and not adhering to good building practices. So, there has been a higher degree of compliance, with more interest from contractors in ensuring they fully comprehend their responsibilities.

According to the SA Teachers’ Union, 70 schools across South Africa have severe infrastructure issues, which are endangering thousands of pupils. Another report from the Johannesburg Roads Agency shows that just 6% of Johannesburg’s 902 bridges are in good condition. Cement, for example, has a lifespan (30 to 50 years) and regular maintenance is required. Municipalities need to ensure this happens.

Can we apportion blame to professional bodies?

Standards have not dropped, but experience-levels have. Senior people are not mentoring those entering the construction sector. Qualifications don’t equate to experience; young people are put into positions where they’re expected to perform complicated tasks that they may not have the experience to handle. If signs of a problem arise, they might miss these. Currently, professional bodies only tend to become involved after disciplinary complaints; they should be involved before these, through mentorship programmes, and so forth. We need a kind of apprenticeship programme to help people acquire the practical skills as well as the theory.

With the economic downturn, there are fewer opportunities for young people in construction companies. The industry is in turmoil, with tremendous cost pressures, very few government contracts and less work from the private sector. If there’s no work, even more young people will leave the country, taking their skills with them.

Are cost pressures causative of disasters?

This is oversimplifying the issue. Perhaps, it’s fair to say that a company in financial constraints might have lapser safety measures. However, it’s usually not one factor on its own. For example, a designer won’t cut important aspects of her design because of the cost; but maybe there’s a lapse in supervision and health and safety management during the build.

It’s clear there’s no way to apportion blame to just one person or institute – and it is not necessarily a constructive exercise anyway. Rather, the question should be what ALL stakeholders can do better to ensure a project adheres to best practice and is safe.

How do stakeholders protect themselves when things go wrong?

Who claims against whom when a bridge or building collapses? Firstly, there’s a statutory investigation – usually conducted by the Department of Labour, under the construction regulations. This starts a process of investigating responsibility for the incident, which triggers a claim under the policy to the insurers, who’d provide support to the insured: contractor, engineer, architect, etc. – whoever was involved.

Other experts, like engineers or lawyers, would probably assist at this point to give advice, determine whether there is any liability on that person, and then aid them through the statutory investigations, the commission of inquiry or criminal prosecution. In addition, there’s the risk of civil claims, where injured parties can sue for damages. The Professional Indemnity (PI) insurance would respond to all these components, if the insured has enough cover.

In the case of Tongaat Mall, the cost of demolition would equate to about R30 to R40-million on its own. Some professional engineers only have about R10-million in PI cover, so, in this instance, they would have to foot the bill for the balance. The extent of cover in the policy is critical – in the energy project space, for example, large infrastructure project claims can equate to hundreds of millions of rands.

To conclude, human error-linked multifarious factors are behind the supposed increase in infrastructure collapses. To combat this, we need to stop the brain drain through increased work opportunities, introduce strong mentorship and learning opportunities to instil practical skills, and ensure all stakeholders in the space have as much PI insurance as possible to withstand unexpected curveballs amidst a very tough time for the construction industry at large.

PrevPreviousFailure to innovate could spell the end for many a business
NextComparing private and public markets – what’s the difference?Next