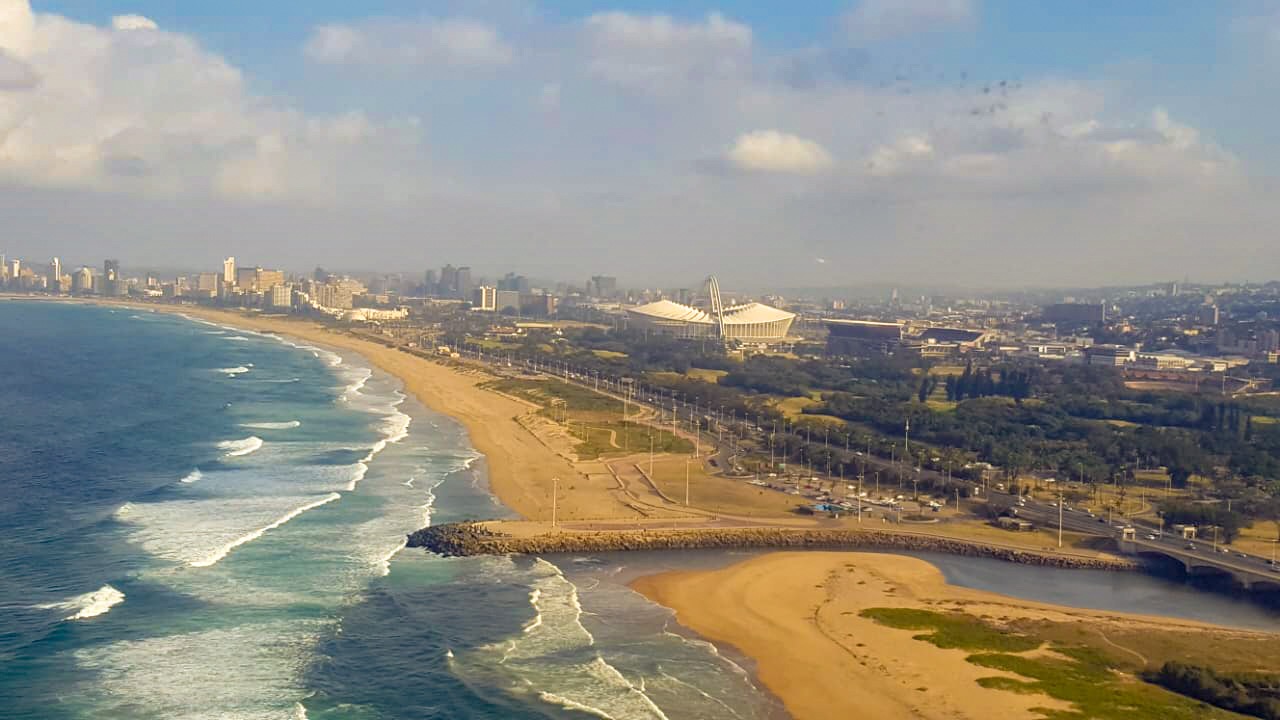 A View from the Top with Netstar

“Fancy a flip?” is all it took for Julian Tharmiha, the FIA regional manager for the central region of South Africa to commit to going all out on the AIE app, powered by Netstar, at this year’s conference. “I have an interest in new technology and apps and always keen to try them out. Add a prize to the equation and I’m definitely going to try to win” says Tharmiha.

A second time sponsor of the AIE event app, Netstar spiced up this year’s app by offering a heli-flip as a prize for the most active app user. “We chose to participate in the AIE for a second year running as we believe that platforms such as these promote healthy competition and ensure that the market stays on top of things”, says Justus van Pletzen, General Manager for Insurance Markets at Netstar. “This year we gave away a heli-flip to the most active user of the informative AIE app. The app also showcased just how rewarding such technology can be in making life a little bit easier.” Pletzen continued.

“It was my first conference and I left there hugely impressed. The presentations on discussion where pertinent, current topics of the industry. I personally have grown and further enhanced my knowledge of the industry and the challenges we face. NETWORKING NETWORKING NETWORKING… everyone who attended had the privilege of rubbing shoulders and sharing a drink or two with major role players of the industry. Insurers, suppliers, associations were all present and one could really expand their network and contacts. I certainly made full use of the opportunity to engage with as many people as possible and my networks have grown.” Says Julian about the conference.

With the theme for this year’s AIE being “Learning, Growing. Together”, the AIE conference really did provide this and more. Speakers presented on a wide variety of topics and not only short-term, as the conference has historically been. The networking opportunities were also plentiful with Sunday night’s Welcome & Wonder function, Monday night’s Shweshwe Soiree gala dinner which included the awards to best academic performers and Tuesday night’s Send-off extravaganza.

Coupled with this was the expanded Sports day on he Sunday, with not only golf on offer at the world famous Gary Player Country club but also a putt-putt competition, fun run with 2018 Women’s Comrades winner, Ann Ashworth, and the “Row against a pro” challenge as delegates tried to beat 2016 Olympic silver medallist in a 500m rowing sprint.

All this information and more was available on the AIE app, powered by Netstar.

“Consumer centricity is at the core of what Netstar does”, says Pletzen.  “With Julian living in Durban, we thought it would be better to do the flip there instead of Johannesburg as stipulated in the competition brochure”, Pletzen concluded.

“The flight was awesome. We had an amazing pilot who really did ensure we enjoyed our time in the sky as he gave us information on where we were, pointing out the sights that, from the ground are easily recognisable, but from the air, a little eye-opening. We travelled north along the coast of KZN – up to Ballito then south down to Amanzimtoti and back. It was such a privilege to view our coastline from that perspective. I even got to fly over my home.

So now, the question needs to be asked. Who will win the 2020 helicopter flip?