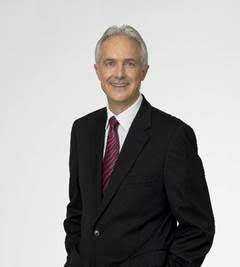 South Africa’s current fiscal path is unsustainable. Taken at face value, the announced bail out of state-owned companies and continued weak income growth has, effectively, severely dimmed the hope of fiscal consolidation in 2019/20 and 2020/21 as a Main Budget deficit of close to 6% of GDP is now expected in both years on current information. That compares with budgeted deficits of 4.7% of GDP in 2019/20 and 4.5% of GDP in 2020/21.  At the same time, the government debt ratio is forecast to continue climbing well above 60% of GDP over the medium term.

Further, government recorded an exposure (borrowing and interest accrued) of R372.4 billion out of R483.1 billion worth of guarantees extended to public institutions by end-March 2019.

The level of debt does not tell us much. However, if the real interest rate paid on government debt continues to exceed the real growth rate of the economy, then, increasingly, interest payments will be funded by increases in debt – unless the government can cut back expenditure in other areas (assuming there is a limit to raising taxes relative to GDP).

The point is, left unchecked, South Africa’s current fiscal trends are unsustainable. But, is this a debt trap? A debt trap is not a clearly defined concept. Broadly, the answer depends on whether or not economic agents believe that the government can (and will) arrest the persistent upward momentum in the debt level.

Currently, government is obtaining the funding it requires in the bond market and has not needed to turn to the printing press. In addition, a supportive global backdrop of historically low developed market risk-free interest rates is helpful, although the real rate of interest at which the government issues new bonds has been climbing steadily in recent years.

But, in the absence of credible, targeted interventions to stabilise the debt ratio and protect the balance sheet of the state (by restructuring state-owned companies to effectively deal with the accompanying contingent liability risk) an unsustainable position would likely turn into a debt trap – a situation in which it is clear that an uncontrollable, sustained increase in the debt ratio is unavoidable.

What should be done? The answer is to grow the economy. But, until such time as we manage to lift potential growth, we must consider other alternatives. We could increase taxes. The Treasury has indicated additional tax-raising measures will be implemented in next year’s budget. But there is limited scope to do so. Corporate profits, as recorded in South Africa’s national accounts, are depressed. Also, the level of tax on the income and wealth of individuals relative to household income is at its highest level ever. And, a VAT rate hike would be unpalatable.

We could also sell assets, which would likely be warmly received by market participants. However, whereas privatisation can lift efficiency, it is often a stopgap measure that does not alter the underlying problem.

Rather, attention should switch to government expenditure. But this cannot occur in isolation. Simultaneously, we will need to find a way to encouraging private sector fixed investment to sustain growth. The bottom line, however, is South Africa’s government spending must reflect the reality of a low potential growth rate. This will be difficult. Government’s consolidated budget shows expected total expenditure of R1 826.6 billion in 2019/20. Interest payments cannot be cut.  Further, given an unemployment rate of 29%, it is not feasible to cut social protection (R207 billion is budgeted for 2019/20). And, looking ahead, upward pressure seems likely on health expenditure (expected at R223 billion in the current fiscal year). Ostensibly, in the absence of government announcing an alternative arrangement, support for Eskom (R49 billion in 2019/20, R56 billion in 2020/21 and R23 billion in 2021/22) cannot be cut. This leaves a “balance” of R1 145 billion (using 2019/20 as an example to demonstrate the relative size of spending components) on which expenditure cuts are likely to be focused. To put this in perspective, an improvement in the primary budget balance of 1% of GDP is equivalent to R50 billion.

Despite these difficulties, though, looking ahead over the Medium-Term Expenditure Framework, one looks to the Treasury to deliver expenditure cuts relative to the current baseline, with the focus on consumption spending rather than capital expenditure when the Medium-Term Budget Policy Statement is read in October 2019.

Fiscal policy cannot be allowed to continue drifting in the wrong direction. The only plausible option is to tackle the problem now, before it becomes insurmountable.