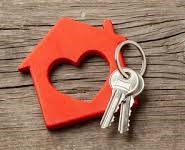 Lightstone predicts a post lockdown forecast for the property market

The three scenarios Lightstone released are part of a range of possibilities that data scientists have ran through forecast models to assist their clients to make sense of the residential property market in a post-lockdown economy.

“With very little or no certainty on how this black swan event will ultimately play out, Lightstone decided to model three scenarios based on the GDP dropping between 3% to 10%,” says Analytics Director, Paul-Roux de Kock

Labelled Scenario 1 or Generic Recession by analysts at Lightstone – house price inflation is forecasted based on the assumption that the GDP may decline by 3% with a subsequent deflationary effect on consumer price inflation. The reduction in CPI inflation leads to a further drop in interest rates making goods bought on credit more affordable. “In this scenario, we expect house price inflation will end the year off at -3.9%”

For Scenario 2, de Kock says, “A negative house price growth of 8,8% for Scenario 2 or Unchartered Territory sounds alarming, however when we look at the 2008 property crash, house price inflation dropped to as low as -5.4% during a time when economic growth only declined by 1.8%.” This scenario assumes a drop in GDP of 6% without a noticeable reduction in CPI inflation, leaving limited moving room for further interest rate adjustments.

“In Scenario 3 we really stretched our forecast models – which was not built to perform under such extreme conditions – to its maximum. We assumed a negative GDP growth of 10% with an increased reliance on expensive imports due to the weaker currency ultimately driving CPI inflation up and forcing the Monetary Policy Committee to reverse the downward interest rate cycle.” Under this scenario, Lightstone predicts that house price inflation could end the year off at -14.5% but warns that under such conditions “all bets are off” as the usual predictive interplay between GDP growth, CPI inflation, interest rates and house price inflation will start breaking down.

These three scenarios are analytical predictions based on the potential outcome of the compounded effect of the lockdown restrictions on businesses and households. A more accurate forecast can only be made later in the year as the length and subsequent effects of the lockdown is better understood and reflected in home sales data.

The property industry, as with many other industries, will undoubtably adjust to new ways of working. Recently, under the new rules of Level 4 lockdown, the deeds offices have started opening so real estate agents will now be allowed to lodge and register properties again, and possibly close existing and prospective deals. However, as things currently stand, estate agents will only be allowed to function fully under Level 2 so agents who traditionally depended on physical viewings with clients are resorting to more creative and digital ways of serving their clients like virtual viewings and making use of Lightstone valuation reports to conduct negotiations between buyers and sellers.

Unfortunately, a view of the Lightstone value bands indicate that the luxury market segment will continue to suffer even more than it did in previous years under all the scenarios tested. “It is important to understand that we are operating in extremely uncertain conditions and that the exact outcome is impossible to predict with very little insight of when the government will announce further easing of economic restrictions,” explains de Kock. De Kock concludes by stating that “at this stage the only certainty we have is that ours, as well as many other economies across the globe will have to work harder and smarter in the post lockdown recovery phase. It is therefore crucial for businesses to have agility around their strategic plans to enable them to rapidly respond to any scenario that may play out.”

Previous
Next
PrevPreviousThe impact of COVID-19 on the economy by Dawie Roodt
NextLump sum or income benefits? How to make the right life cover choice for youNext
Previous
Next