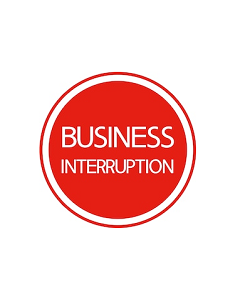 The emotive issue of how insurers settle Business Interruption (BI) claims seems to be moving into the court of public opinion. Consumer journalists are leveraging the recent Cape Town High Court decision regarding Guardrisk and; the impending court action by Insurance Claims Africa against various insurers, among other news, to paint the non-life insurance industry in a negative light.

The Financial Intermediaries Association of South Africa (FIA) finds itself at the heart of an emotive issue. We stand alongside you, our intermediary members, as the messenger communicating insurers’ claims decisions to your clients. We are also painfully aware that the decision to pay-out BI claims, and the quantum of these pay-outs, will have a lasting impact on your clients. For many of these businesses, a successful claim will be the difference between struggling through the economic losses caused by pandemic and lockdown, versus closing their doors forever.

We have been in constant communication with the FSCA since the country went into lockdown on 27 March, following interactions with our member brokers who had raised early concerns about insurer responses to BI and Contingent BI (CBI) covers. We have also taken steps to communicate the various regulatory positions on the topic of the abovementioned covers, the latest being a media release published by the FSCA on 9 July 2020 (attached).

The FIA has been actively lobbying the regulator to ensure fair outcomes where CBI cover was in place and are in broad agreement with the position shared by the FSCA in its media statement. The statement, in turn, reflects the recent judgement handed down by the Cape Town High Court in the matter of Café Chameleon CC v Guardrisk. It has always been the FIA’s contention that the proximate cause for CBI losses has been the virus and not the lockdown and that policyholders will need to demonstrate their claim in terms of their policy’s CBI extension wordings. We have also advocated for the fair treatment of policyholders who have Cancellation of Bookings (COB) extensions, especially where cover was withdrawn mid-term, and despite the argument that these are month-to-month covers.

We remain committed to ensuring that the broader insurance industry plays its role as a catalyst for economic growth and recovery and respect insurer’s rights to challenge policy wording interpretations in court. We are aware, for example, that Santam faces Cape Town High Court action early in September 2020 and will watch the outcome with interest.

The FIA is committed to working with our member brokers and stakeholders in the insurance and reinsurance sector to resolve the impasse re CBI claims in a responsible manner. Subsequent to our communication to insurer CEOs, copy attached, we have met with Bryte and Santam, are soon to meet with Guardrisk, and have received a written response from Old Mutual Insure. We have also established an FIA Technical Task Team to guide us on the BI and CBI matter. And finally, we are investigating, in liaison with the World Federation of Insurance Intermediaries (WFII), alternatives for a pandemic risk pool to deal with future pandemics. This type of solution, which has already been proposed in many countries, would require involvement from both government and the insurance and reinsurance sectors.

Journalists typically write from a consumer perspective and will feed off any angle that positions David to win the fight against Goliath. Context is of the utmost importance; so, an article quoting the people heading up a major lawsuit against insurers must be read with that in mind. Likewise, a promise by an insurer that it will “pay all BI claims” should be considered in view of its participation in that market segment.

The FIA remains wholly committed to the Treating Customers Fairly (TCF) principles encapsulated in our regulation. We believe that TCF principles and outcomes are good for the insurance industry and for both commercial and personal lines policyholders. Difficult as it may be, we must work with our insurance partners to reposition the BI and CBI debate towards the value of insurance protection.