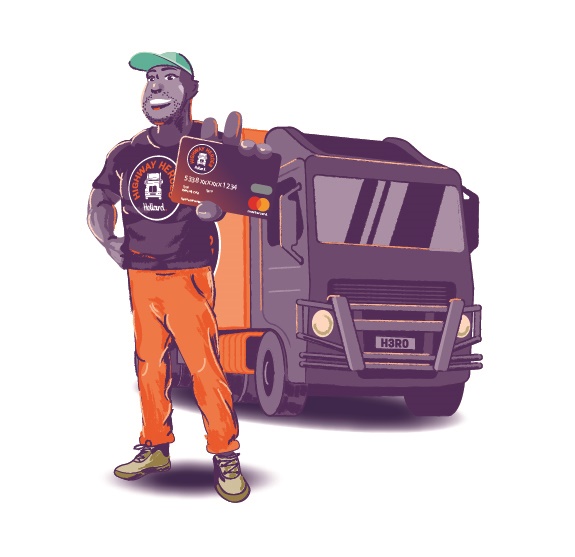 When there’s a tasty rewards carrot, the stick becomes unnecessary

People are unlikely to respond as positively as you would like to a punitive approach to behavioural change. But give them a worthwhile incentive, and just see them go.

At Hollard Trucking, we take a driver-centric approach to how we offer insurance. The premise is deceptively simple, but the rewards are rich: the better truck drivers are at their jobs, the fewer accidents and insurance claims happen – and the more everyone wins.

And I mean everyone. The drivers, of course, but also their employers, whose running, maintenance and insurance costs are reduced. The owners of cargo that arrives safely at its destination. Every single one of the 80% of South Africans who regularly use public roads. And Hollard, which has fewer claims to process and can build vital customer goodwill.

One of our signature initiatives is Hollard Highway Heroes, our annual competition for truck drivers in which they can win substantial, life-changing prizes for driving well. Open to all drivers regardless of their insurer, we receive thousands of entries every year.

Because we monitor their trucks, we can precisely measure the impact of Highway Heroes on their driving behaviour. As a matter of fact, we’ve noted a consistent 64% improvement in driving during the competition, which effectively runs for five months every year, and many drivers internalise their better habits.

But we then asked ourselves, how can we get the drivers we cover to drive well all year round? Our experience with Highway Heroes gave us a clear answer: make it worth their while.

So we’ve launched the Hollard Trucking Driver Rewards Card Programme, which puts cash directly into the pockets of participating drivers without any additional cost to their employers.

Drivers are measured against parameters such as speeding, harsh braking and excessive driving (in other words, not resting frequently); these are the same standards to which Highway Heroes contestants must adhere. The better they drive, the more they earn – up to R200 every two weeks, paid directly into their Rewards Card.

They can spend that instant cash at any outlet that accepts Mastercard, which is pretty much all of them, on anything they want. Or, of course, they can simply pocket that money and save it for something special, or for a rainy day.

To be sure, our Rewards Card doesn’t pay big like Highway Heroes does. But it’s also not a winner-takes-all proposition; rather, it’s about inculcating great driving habits over time, ones that become second nature, in every one of our customers’ drivers.

The Rewards Card is still new in the marketplace, but we’re already seeing the positive difference that it makes to driving standards and consistency. Drivers are less inclined to speed and drive recklessly, and they take rest breaks when they should – because their rewards depend on this. And because their payouts correlate with exact data that we gather in real time, it’s completely fair: everybody will get their just rewards, every fortnight.

At Hollard Trucking we’re fond of referring to truck drivers as “highway heroes”, and not just those who take part in and win our annual competition. They all are, and we’re all more dependent on them than we perhaps realise. We, and our economy, cannot get by without them.

Heroes of all kinds – be they military, civilian or, indeed, of the highway sort – deserve to be recognised for their actions. And appropriately rewarded. It’s the right thing to do and, in an industry where we all too often use negative reinforcement to get customers to behave better, it’s the right business thing to do.

Previous
Next
PrevPreviousInsureTalk7 – The Accelerated Cyber Threat… Are you covered?
NextBI CLAIMS CHECKLIST ​Next
Previous
Next