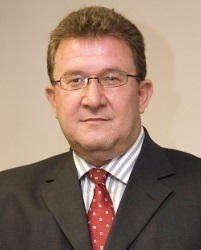 Brokers and insurers across South Africa are mobilising to help their clients through the Sasria claims process, as thousands of individuals and small businesses come to grips with the loss of / damage to property over four days of civil commotion. “It is important for insureds to realise that the insurance claims process following a civil commotion, public disorder, strikes, riots and terrorism differs slightly from that following an ordinary loss,”

The FIA, which represents thousands of non-life insurance brokers countrywide, felt it necessary to give consumers some additional context around how the insurance industry responds to unrest-related claims.  According to Peter Olyott, FIA President, Sasria was set up after the 1976 unrest in South Africa and is the Insurer of civil commotion, public disorder and riots (political or otherwise) in South Africa . The South African non- life insurers act as non-mandated agents of Sasria and are responsible for issuing the insurance contracts and collecting the premiums on behalf of Sasria . Certain privately held insurers and syndicates at Lloyds provide cover in excess of the capacity limits offered by Sasria.

Sasria was established specifically to provide cover following civil commotion, public disorder, strikes, riots and terrorism and is therefore the insurer that will handle the bulk of claims following the recent unrest. In practice, your broker or insurer would have included Sasria cover alongside your assets cover on your commercial or personal insurance policy. Your insurer, acts as the go-between between you (the insured) and Sasria in the event of a loss.

The subtle complexities that go with South Africa’s special risks insurance environment clearly illustrate the benefit of broker advice when entering into a non-life insurance contract, especially for businesses. “We encourage all consumers to transact for insurance through an experienced, professional broker,” says Olyott. “There is nothing worse than suffering a catastrophic loss event only to discover you are not covered for that risk, that your sum insured amount is insufficient or that you have misunderstood an important risk mitigation requirement”. He adds that Sasria is fully supportive of the work that brokers do in ensuring that special risk covers are in place.

To give a basic example, we consider a small business that has a commercial insurance policy including Sasria cover for its buildings and vehicles. In the event one of its drivers has an accident in the normal course of business, it will lodge a claim with the broker who will provide guidance and assistance to register the claim with the insurer. The insurer will assess the claim and compensate the business for the damages. If, however, the vehicle is torched during civil commotion, the claim must be lodged by the insurer with Sasria. In this case the business, again assisted by the broker, will notify the insurer of the incident. The insurer will then follow Sasria’s guidelines by registering the claim with the special risks insurer. Sasria is responsible for assessing and paying out these claims.

The FIA has been in contact with the Managing Director of Sasria, Cedric Masondo, who confirms that their office has been inundated with queries. Sasria has in turn communicated openly with both brokers and insurers to ensure a consistent, managed approach to the flood of claims that will follow. The insurer, which expects to pay-out between R7 and R10 billion, has informed the media that it is well-capitalised, holding more than three times the regulated minimum. It also has adequate reinsurance programmes in place with A-rated reinsurers.

There is more good news for those affected by the unrests in that Sasria has already announced the fast-tracking of low value claims. They have advised that their agents (your insurer) “may settle claims up to R50 000 (fifty thousand rand) on claims relating to the recent events,” subject to all conditions met. But claims in excess of R1 million will take longer, because assessors and loss adjusters will have to be appointed in line with the special risk insurer’s mandates.

“The basic conditions and principles of insurance apply to Sasria cover in much the same way they would apply to an ordinary insurance policy”, concludes Olyott. “This means that the insured may still have to prove ownerships of the goods, that large losses will have to be properly assessed and loss adjusted and that the sums insured on the original policy and by implication the Sasria insurance are adequate”. The FIA is in constant contact with both its member brokers and Sasria to ensure that any unrest-related claims issues are given the necessary attention.