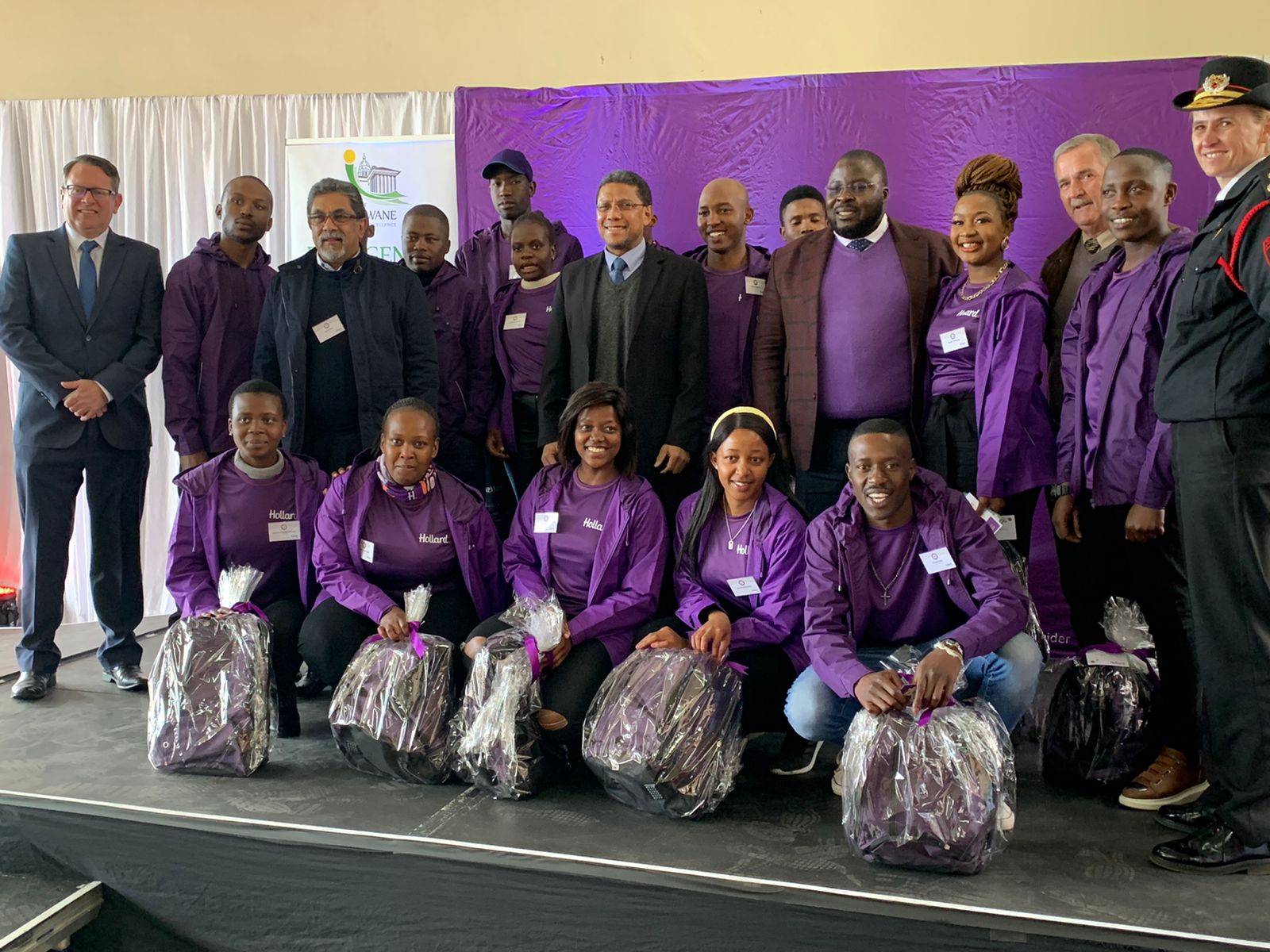 One small act can make a world of difference when it comes to fire safety. That’s the rationale behind the Tshwane-Hollard Fire Hydrants Initiative, which has seen 15 unemployed young people being trained to inspect some 3 500 fire hydrants throughout the City of Tshwane.

This public-private partnership between the City of Tshwane, the National Disaster Management Centre (NDMC) and Hollard was unveiled at the Old Fire Station in Pretoria Central on 14 June 2022, during Youth Month. The event, which featured spirited speeches from the 15 #FireHydrantHeroes, highlighted how employment and skills development opportunities can be created while ensuring that the city’s fire hydrants are kept in mint working condition.

Fires are, tragically, the fourth-highest cause of accidental death in South Africa, according to Statistics South Africa. It’s estimated they account for about R3-billion in insured losses every year – not counting uninsured and unreported losses.

With this in mind, the Department of Cooperative Governance and Traditional Affairs issued a White Paper on Fire Services in 2020, highlighting the need for a coordinated and integrated fire prevention and safety response. The NDMC is an agency of the department.

In recent years, a number of devastating fires have left South Africans reeling, from shack fires and wildfires to the fires that wrought untold damage at Charlotte Maxeke Johannesburg Academic Hospital, Parliament and the University of Cape Town – and, more recently, at Steve Biko Academic Hospital in Tshwane.

The worrying state of fire management prompted Hollard to initiate a pilot project in the Eastern Cape in 2020, in partnership with the NDMC and the Kouga Local Municipality, training nine out-of-work young people to inspect and maintain fire hydrants – one of the first and most important lines of defence in extinguishing fires before they rage out of control.

The project was such a success that it is now being rolled out in the City of Tshwane. The Tshwane-Hollard Fire Hydrants Initiative employs young people from around the city to check that fire hydrants are in working order, log faults, paint them and make sure they are visible to emergency services personnel – capturing all the data digitally, via an app specially developed for the project.

According to Hollard Insure CEO Nash Omar, “Inspecting fire hydrants to ensure they are well marked and operational may seem like a small intervention to some people, but it has a potentially massive ripple effect. A working fire hydrant can make all the difference when it comes to saving lives, buildings and belongings from fire.

“The Tshwane-Hollard Fire Hydrants Initiative is not only lowering the risk of fire damage to Tshwane residents, but it’s also giving vital skills to unemployed young people. By reducing fire risk, we are protecting lives and property and creating jobs – while saving the insurance industry millions of rands in claims. We are excited about the Tshwane roll-out. This is youth-led urban rejuvenation in action!”

City of Tshwane Executive Mayor Randall Williams explained at the launch that this public-private partnership was driven by the need for multistakeholder relationships to minimise fire risk in urban centres, by making sure that damaged and vandalised fire hydrants are fixed.

“Being resilient against fire risk is vital, as lives and assets are at stake. As cities densify and face the impacts of climate change through rising temperatures, drought and stronger winds, this can lead directly to an increased risk of fire, which can cause widespread destruction. Fire hydrants are essential infrastructure to effectively respond in the face of this mounting fire risk. In the run-up to Youth Day, this investment in our youth is most welcome,” he said.

One of the #FireHydrantHeroes, Bongani Mokgawa, is grateful he can assist in preserving lives: “It would be almost impossible to extinguish a fire that breaks out if there’s no accessible hydrant, meaning we could lose our beloved residents or valuable items.”

Thanks to this youth empowerment project, Mokgawa and many of his fellow #FireHydrantHeroes have been inspired to consider a career in the emergency services. They say they have learnt valuable communication skills, as well as the importance of teamwork, time management, professionalism and discipline.