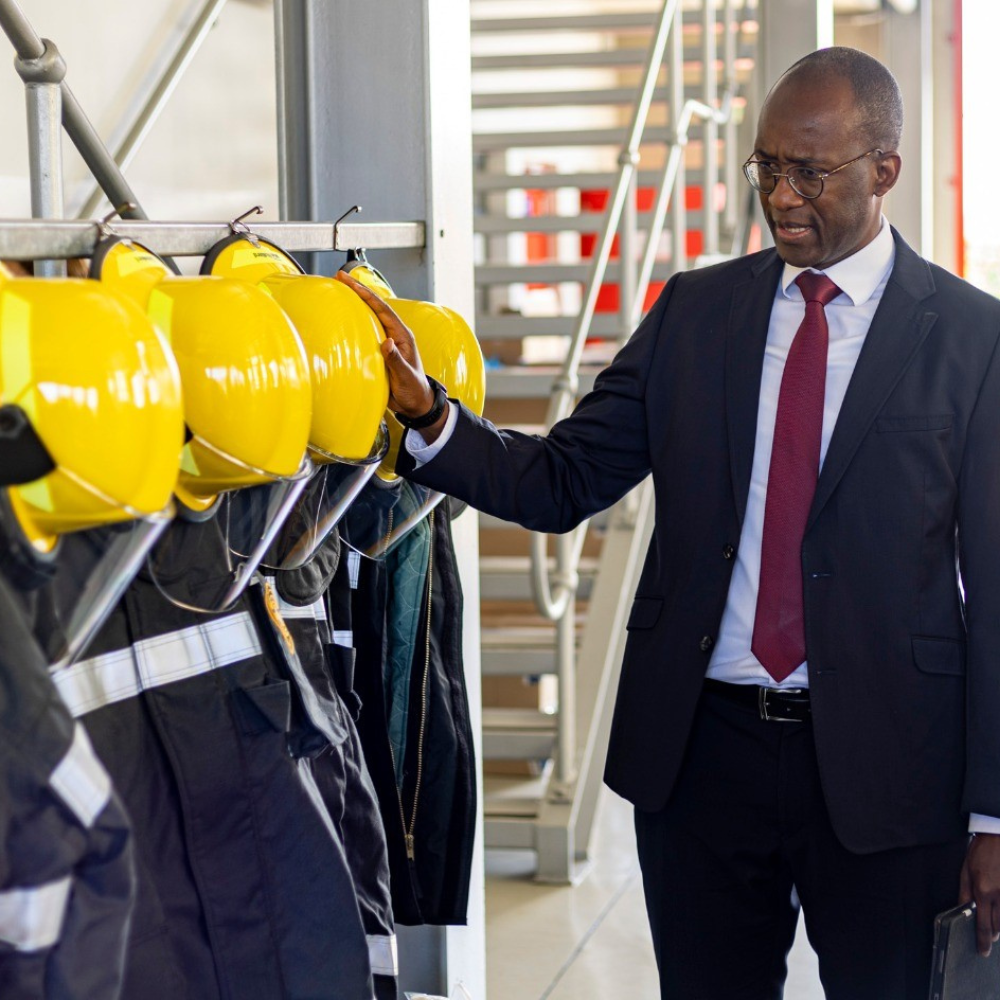 The eThekwini Municipality’s disaster preparedness has received a major boost with the signing of a Memorandum of Agreement (MoA) with Santam, South Africa’s largest insurer, which will provide disaster risk management support, capacity building and advisory services to enhance the Metro’s ability to prevent and handle future catastrophes such as floods, fires and droughts.

The Mayor of eThekwini Metropolitan Municipality, Councillor Mxolisi Kaunda, and Santam Group CEO, Tavaziva Madzinga, signed the MoA to launch a three-year partnership at an event held at the Verulam Fire Station.

To kick-start support for the partnership, Santam has donated full structural firefighting equipment valued at R4 million to the eThekwini Municipality.

The agreement forms part of Santam’s Partnership for Risk and Resilience (P4RR) programme, which aims to assist South African communities with becoming more resilient to disasters triggered by natural hazards. To date, the programme has provided critical disaster risk management support to 82 municipalities across South Africa, positively impacting 12.5 million people across the country. Climate change adaption (CCA) is a key component of the P4RR programme.

The MoA will also allow the eThekwini municipality access to an online planning support tool that provides quantitative scientific evidence on the likely impacts that climate change and urbanisation will have on South Africa’s cities and towns, as well as presenting several adaptation actions that can be implemented by local government to best mitigate against the impact of current and future climate change. It assists municipalities with information and tools that allow them to develop climate-change response or adaption plans. The tool is supported by the Centre for Scientific and Industrial Research, National Disaster Management Centre and the Department of Forestry, Fisheries and Environment.

The partnership between Santam and the eThekwini Municipality follows severe devastation caused by flooding in April and May this year, recorded as one of the deadliest  disasters to hit the country this century, which resulted in tragic loss of life and livelihoods and extensive damage to property and infrastructure. The eThekwini municipality suffered the most devastation and is still rebuilding many affected communities.

Madzinga said Santam was excited to partner with eThekwini and to use its expertise garnered over the past 104 years of its history to support the municipality.

“South Africa is experiencing the cost of climate change firsthand – and with 435 confirmed deaths, 80 people still missing, 128 743 people affected and more than R17 billion in infrastructure damage caused by the KwaZulu-Natal floods earlier this year, the cost is simply too high. The insurance industry is best placed to assist society with adapting to emerging risks and must, in partnership with other role players, therefore lead efforts to address the impact of climate change,” said Madzinga.

“Insurers have an excellent understanding of risk management and can use this knowledge and expertise to help communities mitigate against disaster risks and adapt to become more resilient against future events. The events and devastation of the recent floods are still very fresh in our minds and as Santam we know we can utilise our expertise and experience in risk management to ensure eThekwini is better prepared for the next disaster, which due to climate change, is likely to occur again,” added Madzinga.

Mayor Mxolisi Kaunda welcomed the establishment of this important three-year partnership as it will not only equip Municipal teams with relevant tools, but it will also go a long way in building confidence within communities in the city’s ability to adequately deal with emergencies and disasters.

“We have no doubt that the full structural firefighting equipment valued at R4 million Santam has donated will put eThekwini ahead of other cities when it comes to firefighting. This is yet another example of what we can achieve if we collectively play an active role in making positive change in the lives of ordinary people. It is our hope that what Santam is doing will inspire many more companies to join forces with government, “said Kaunda