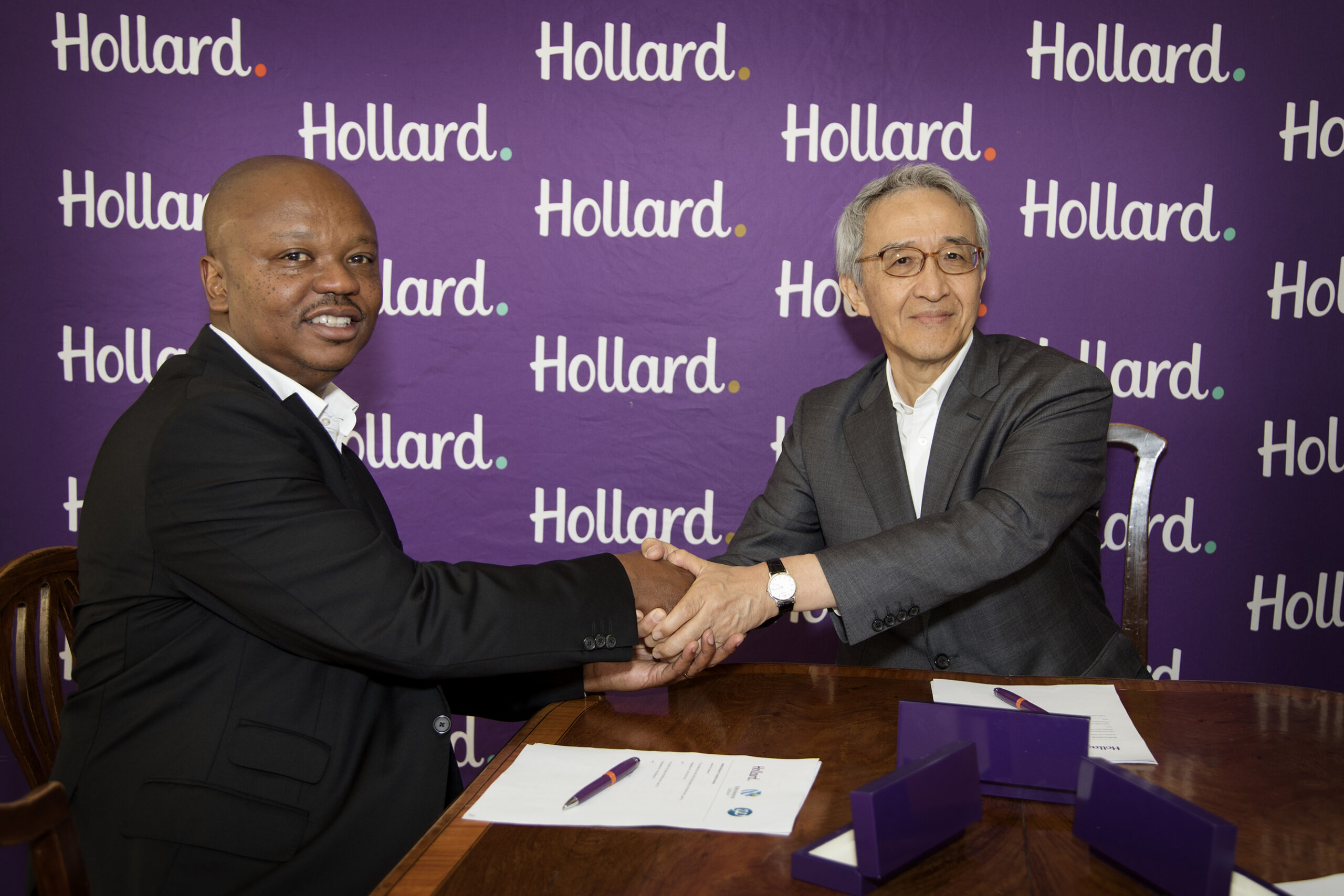 The Hollard Insurance Group today announced a ground-breaking partnership with the Tokio Marine Group, the largest insurance group in Japan and among the largest in the world. Subject to regulatory approval, Tokio Marine will acquire a 22.5% stake in Hollard South Africa and Hollard International for approximately R5 billion, fulfilling Hollard’s long-held goal of partnering with a major international insurance group.

Speaking at Hollard’s headquarters in Parktown, Johannesburg Hollard CEO Saks Ntombela said, “This is a game-changer for our business – not only does it represent a significant vote of confidence in Hollard, but also in South Africa and in the African continent. The transaction is aligned with President Cyril Ramaphosa’s call for $100 billion to be invested in SA over the next five years and is an endorsement of the well-regulated South African financial services sector.  The access to capital this partnership provides will help to accelerate our ambitious plans in Africa and Asia.

“We’re also excited about the opportunity to access global best practice from Tokio Marine in the areas of predictive analytics, robotics, risk management, underwriting and Insurtech innovations, among others” says Ntombela. “This partnership will sharpen the competitive edge of our existing South African and international operations.”

Tsuyoshi Nagano, President and CEO of the Tokio Marine Group, said, “In addition to its impressive track record in building insurance businesses across the African continent, Hollard’s approach to business is very similar to our own. We feel that Hollard’s corporate vision, values and sense of mission to help customers and society as a whole is deeply embraced within the organisation. We are excited about building a significant presence in Africa through this partnership.”

Ntombela explains that the Tokio Marine Group emerged as the preferred partner from a number of carefully selected potential investors. “Being a purpose-driven organisation, we prioritised alignment with our purpose and culture, but also looked for a similar approach to building businesses through long-term, mutually beneficial partnerships. We were thrilled to find that Tokio Marine not only shares our partnership philosophy, but also has a purpose that echoes our own. Hollard’s purpose is ‘to enable more people to create and secure a better future’, while Tokio Marine’s is ‘to be a good company’. We have already collaborated with Tokio Marine on several interesting projects and are looking forward to growing this relationship in other markets.”

The Tokio Marine investment is the latest in a series of transactions at South Africa’s largest independent insurer. It follows on Hollard’s acquisition in 2017 of the Regent Insurance Group for almost R1.8 billion, and a 2017 B-BBEE transaction which saw effective black ownership of Hollard South Africa increase from 10% to 20%. As with these earlier transactions, the independent Hollardbusinesses in Australia and New Zealand are not included in the Tokio Marine transaction.