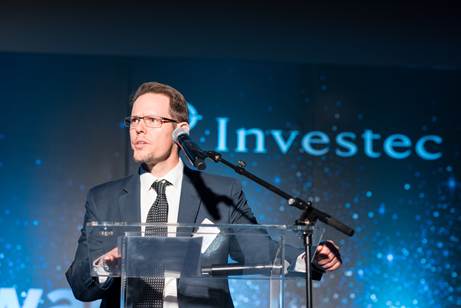 The vital role of entrepreneurship in the struggling SA economy

Amid trade wars, increasing US interest rates, and the rise of populist parties in developed and developing markets alike; high levels of volatility have continued to plague the global landscape. While locally, South African businesses are faced with a sluggish economy and the government is experiencing fiscal slippage.

It is in the face of such economic turbulence, however, that Andrew Chananie, Head of Leverage Finance at Investec, spoke at the inaugural Southern African Venture Capital and Private Equity Association (SAVCA) Industry Awards about the vital role that entrepreneurs play in South Africa’s economy. “It is during times like these that great businesses show their true mettle, and emerge much stronger than before.”

History has taught us this, says Chananie, who refers to a couple of the world’s greatest companies that endured severe economic downturns early on in their corporate lives. “The Walt Disney Company was only a few years old when the Great Depression struck and their most iconic productions emerged in the years that followed. Then there is Microsoft, which was started during the energy crisis in the mid 1970’s – a time of high inflation and low growth.

“Despite the challenging climate experienced in both instances, each of these businesses succeeded because they had clear strategic vision, a compelling offering, a commitment to their customers and the determination to prosper – all characteristics that make up the very essence of entrepreneurship,” says Chananie.

CEO of SAVCA, Tanya van Lill, says that it is this entrepreneurial spirit that the association and its members aimed to recognise and promote through their annual Industry Awards – the first of which took place on 8 November. “The objective of the awards platform is to create an event that not only recognises the portfolio companies that have thrived from private equity and venture capital investment in the region, but also promote the significant positive impact that these thriving businesses have on the economy.”

The far-reaching economic impact that has been achieved by this year’s SAVCA Industry Awards’ winners is testament to this, says van Lill. “Each of our three category winners, namely SweepSouth, Vumatel, and Tsebo Solutions Group, have made a real economic difference, from creating employment and upskilling new entrants into the job market, to opening internet access to schools and previously disadvantaged communities.”

However, van Lill points out that these thriving companies had an advantage over other independent/self-funded South African companies, in that they had the support – from both a financial and strategy perspective – of private equity and venture capital investors. “Aside from the vital benefit of a capital injection that these asset classes can provide, investee companies also gain access to a wealth of experience, financial acumen and strategic foresight – all of which contribute to their success and the level of economic impact that they are able to achieve.”

Nevertheless, while private equity and venture capital investment may be the key to taking these businesses to the next level, Chananie highlights that none of this success would be possible without the entrepreneurial spirit and tenacity shown by each business founder.

“This essence of entrepreneurship also serves to highlight some of the characteristics that we, as South Africans, will need to show if we are to emerge from the difficult times and achieve the ambitious growth and developmental goals that have been identified by our new president,” he concludes.