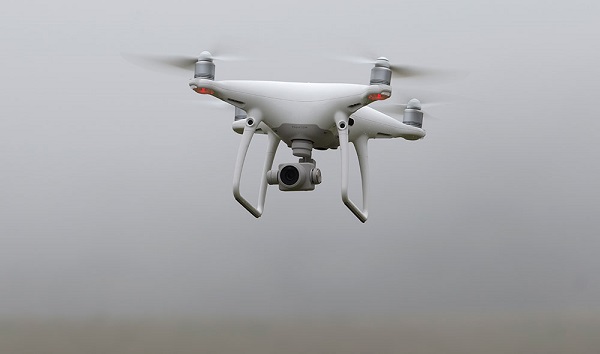 How drones and artificial intelligence can help speed hurricane recovery

Hurricane Dorian’s devastating impact on the Bahamas in August 2019 was yet another reminder of the massive threat tropical storms pose to life and property.

Warming oceans and a changing climate raise the possibility of dangerous tropical storms becoming more powerful and more frequent, making coastal areas much more vulnerable to flooding and storm damage. While proper planning and risk management before the event is essential, new technology tools like drones, thermal imaging and artificial intelligence (AI) are helping to speed up the recovery process after a storm.

Jill Dalton, managing director of U.S. Property Risk Consulting at Aon, offers an example of drones’ use in post–Hurricane Michael recovery. One local business used drones to identify the best locations to set up temporary pop-up tent stores to serve the community; according to Dalton, “Getting operations running was crucial to helping the community get the food and medicine they needed while mitigating business interruption.”

“After a disaster like hurricanes, safely gaining access to damaged areas as quickly as possible helps determine what’s needed to get businesses up and running,” says Peter Jagger, managing director at Aon. “That’s where drones and other technologies like infrared [thermal imaging] come in, allowing us to make damage assessments more quickly and accurately, speed recovery and limit business disruptions.”

Emerging technologies and digital platforms can provide new, safer and better ways of gathering information on storm damage and facilitating restoration and recovery.

Technology tools – such as drones, mobile apps, building sensors and artificial intelligence – provide new ways to capture information about buildings and their condition before, during and after storms. Digital platforms allow that information to be shared and analysed more quickly and in greater detail than before.

Drones: Eyes in the sky, going where people cannot

Drones have become effective imaging tools, both before and after storms: to examine structures’ conditions ahead of the hurricane season as well as to assess post-storm damage.

Thanks to remote-controlled flight, drones can capture images of areas that might otherwise be inaccessible after a storm or that might be unsafe for a worker to inspect. And the addition of infrared scanners or thermal imaging can provide detailed information on parts of a building that might have damage. Drones have also been valuable for mapping road closures and monitoring power outages.

“In addition to assessing damages, drones are also being used extensively on the pre-loss side,” Jagger offers. Drone imaging can help determine property values or even guide property-loss-control efforts before a storm. “Information from a pre-loss perspective gives us a good comparison after an event to help businesses build stronger claims,” he adds.

Future enhancements hold even more potential. “While drones themselves are great, the sensors and payloads they can carry are key,” notes Jagger. “For example, LIDAR (light detection and ranging) sensors can provide more accurate, precise readings with higher efficiency. However, LIDAR sensors are heavy and require high data-transmission speeds, limiting their accessibility. Drone and satellite improvements are changing that.”

Mobile apps: Collecting the right information and sharing it efficiently

Recording and maintaining the right information about a building and its contents is vital to helping a business quickly recover from a storm. Mobile apps allow property owners to examine and manage information about their buildings in real time, before and after a storm.

Equipped with smartphones and mobile apps, property owners and on-site recovery teams can examine, update and share property data for damage assessments and claims information. And infrared cameras attached to the mobile devices can determine where moisture has entered the building.

Apps can also be used to specify the information first responders should collect on-site, standardising the damage assessment process to make it more efficient.

“The apps provide a tremendous amount of information that can help in the claims process,” remarks Jagger. “With the app, you can turn a report around while you’re still at the site.”

However, in many storm-affected areas, the cellular service that apps rely upon can fail. “In such instances, teams can work offline until connectivity is restored, at which point they can upload documentation data,” Jagger explains. “Meanwhile, satellite phones can also be set up to verbally communicate with people affected.” And increased access to heavier-weight satellites – traditionally used by news organisations – holds promise to improve the reliability of data transmission during these critical times.

Apps are also important before the storm hits, notifying property owners with detailed insights into locations at risk. That information can help guide pre-storm preparations, which can speed recovery afterward.

Sensor technology can provide real-time information, for example, about the wind loads that buildings experience during a storm. A project funded by the U.S. Department of Commerce’s National Institute of Standards and Technology is using sensors to calculate wind profiles near ground level and the wind loads on buildings and electrical systems.

Businesses can use sensors to get information on a storm’s impact on a particular building or to analyse entire portfolios of structures that might have been exposed to a storm. These data can offer detailed insights into possible damage to not only aid recovery but also inform future loss-control efforts.

The next wave of emerging tech includes fugitive gas emission sensors, which use ultraviolet and thermal light to detect and measure density. Flown in via drone, these sensors can check for natural gas or other chemical leaks after disasters, according to Jagger.

“Tools like drones, sensors and satellite imagery give us large volumes of higher-quality data,” says Anthony Meyers, director of Catastrophe Risk Analytics at Aon. “Beyond decreasing claims settlement timelines that improve customer experience, better data output can allow us to apply AI to find patterns and make predictions at scale around things such as claims leakage or property damage – which brings a host of other benefits.”

Meyers underscores the opportunity across industries: “AI isn’t magic anymore. It’s very usable. While there are some hurdles left to overcome, aggregate property data and aerial imagery at scale are resources for improving risk analysis across various industries – regardless of whether the information is proprietary to a company or an insurer.”

While the risks posed by tropical storms are growing, advances in technology are helping businesses better prepare for storms and recover more quickly when they occur. And developments on the horizon, such as the implementation of 5G networks, will likely usher in additional technology that will help manage the impact of hurricanes, Jagger says.

“As the technology improves, less expensive and more accessible first-responder teams will be able to gather more and better data after storms occur,” Jagger shares. “That’s going to smooth the claims process and help businesses get back to serving their clients.”

This article originally appeared on The One Brief