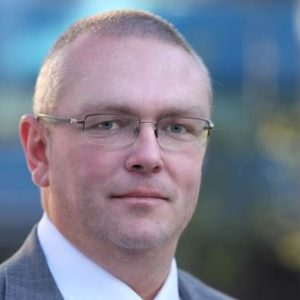 28 August 2020, London, UK – Creating an insurance solution capable of responding to a future pandemic will be ‘a series of trade-offs’ designed to maintain the involvement of private insurers without making the product so restrictive that it fails to be triggered.

This was the message from Christopher Croft, CEO of broker body LIIBA, when he addressed members of South Africa’s Financial Intermediaries Association online on 27 August 2020. Mr Croft explained that the private sector alone lacked the capacity necessary to protect businesses against the impact of a pandemic, so a public sector backstop was required. However, governments needed the involvement of the private sector in order to minimise the cost to the taxpayer and enhance the flow of funds.

Mr Croft said: “In the UK, annual turnover of SME businesses is £2.2 trillion, which is beyond the scope of the insurance industry to cover, hence the need for a public backstop. But the incentive for governments to participate is that any private participation in the schemes will lower the bill to the public purse – and, as they will hopefully realise, the insurance compensation process is a far more efficient means of getting money to the right people fast than bank loans.”

Mr Croft went on to argue that the design of the solution and its triggers were critical to maintaining a balance of public and private sector involvement. He said: “If you define the circumstances in which you expect claims to be triggered reasonably tightly, then you have greater scope for more accurate modelling which, in turn, creates greater insurer confidence, thus expanding the private sector’s role. But the risk is that you define away the cause of the next crisis. So, should these be pandemic-only solutions or are they better to be loosely defined black swan event cover?”

The question of what precisely would trigger payment of such an insurance solution was also significant. Mr Croft said: “An automatic trigger – say a government declaration of an emergency or a trigger based around some index of emerging economic and societal loss – will get payments to people quicker than if they have to establish an actual loss. But it may not get the right amounts to the right people and thus be a less effective response.

“Similarly waiting to establish an actual loss will delay payment but make it more accurate, whereas basing payment on a proxy like a percentage of a firm’s costs will make the process quicker but may mean some are not sufficiently compensated to survive.”

Mr Croft went on to describe efforts being made around the world, including the London insurance market, to design an insurance solution able of coping with a systemic threat such as Covid-19. To do so, he said, would enhance the insurance industry’s reputation following some insurers’ refusal to pay Covid-19 claims under business insurance policies.

Croft continued “The reputation of insurers has not been enhanced by their response to some pandemic claims. Designing insurance solutions to systemic risk that have a chance of responding better to future events may go some way to repairing that.”

Christopher Croft was asked to speak to the FIA Advisory Council to provide an insight into the global industry response to Covid-19.  FIA and LIIBA are both members of the World Federation of Insurance Intermediaries.  Mr Croft and Lizelle van der Merwe, CEO of FIA, both sit on WFII’s Executive Committee.

London & International Insurance Brokers’ Association (LIIBA) is the trade association representing the interests of Lloyd’s insurance and reinsurance brokers operating in the London and international markets. We have the support of the vast majority of Lloyd’s Brokers, accounting for over 95% of the Market’s business.

Our members are engaged in the placement of $67bn of premiums in the London Market and another $24bn across the world. Collectively they contribute to the Market’s 26% share of The City’s GDP or 10% of London’s GDP (2015).