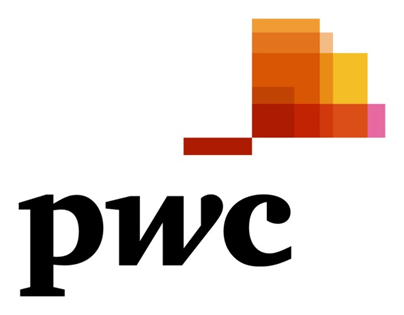 Inflation jumps to 4.3% in April

Statistics South Africa (Stats SA) reported on May 19 that consumer price inflation increased from 3.2% year-on-year (y-o-y) in March to 4.4% y-o-y in April. The latest reading was slightly above expectations (4.3% y-o-y) and the highest reading in 14 months. Nonetheless, the April reading was very near the midpoint of the South African Reserve Bank (SARB) target range of 3%-6%. The latest inflation data also continued to reflect a very favourable retail price environment – albeit with some upward pressure – for South African consumers hard hit by an economic recession.

Headline inflation has increased notably in recent months, rising from 2.9% y-o-y in February. While there have certainly been price increases at both a producer and retail level, the April reading also carries notable base effects. With inflation dropping in the April 2020 to a 15-year low, this y-o-y calculation for April 2021 is artificially higher. This jump in y-o-y inflation was certainly expected due to the statistical anomalies seen in economic data over the past year and, therefore, does not raise any new retail price concerns.

The biggest driver of higher y-o-y inflation in April was the increased cost of transportation. Petrol cost R1.00/litre more from April 7 while diesel was R0.65/litre more expensive. This was associated with higher international product prices and, to a lesser extent, a weaker exchange rate. There is also upwards pressure on motor vehicle prices due to a combination of factors, including higher global prices on key inputs (metals and plastics in particular), slower production due to the worldwide semiconductor shortage, and a global tightening of supply chain dynamics.

Figure 1: Headline inflation remains near the middle of the target range

The SARB Monetary Policy Committee (MPC) is currently meeting to discuss interest rates and will announce its decision at 15:00 on May 20. After its March 2021 meeting, the MPC commented that risks to the retail price outlook were balanced, with expectations that inflation would rise to above 4% y-o-y in 2020Q2. MPC members decided unanimously in March to keep interest rates on hold following three consecutive bi-monthly meetings where two out of five MPC members still favoured a rate cut.

The SARB’s internal modelling – a guide to policymakers, and not a strict rule – suggested in March that interest rates should start rising from the second quarter of this year. However, at the time, very few economists were of the view that the MPC would move the lending rate in May already (the only MPC meeting in 2021Q2). After all, the MPC was unanimous in its March decision to keep the repo rate on hold. It was unlikely, we argued, that the economic data released in the subsequent two months would move inflation and economic forecasts to such an extent that monetary policy tightening would start.

We are of the view that the MPC will keep interest rates on hold until later this year or, more likely, the start of 2022. While there has been some concern of late about rising international commodity prices, the strong rand – recently at its best level against the US dollar since before COVID-19 arrived – is tempering imported inflation. The country’s economic outlook is the more important factor at present. All our economic scenarios take into account a third wave of COVID-19 infections and loadshedding during the winter months – the severity of these factors will directly influence this year’s economic recovery.