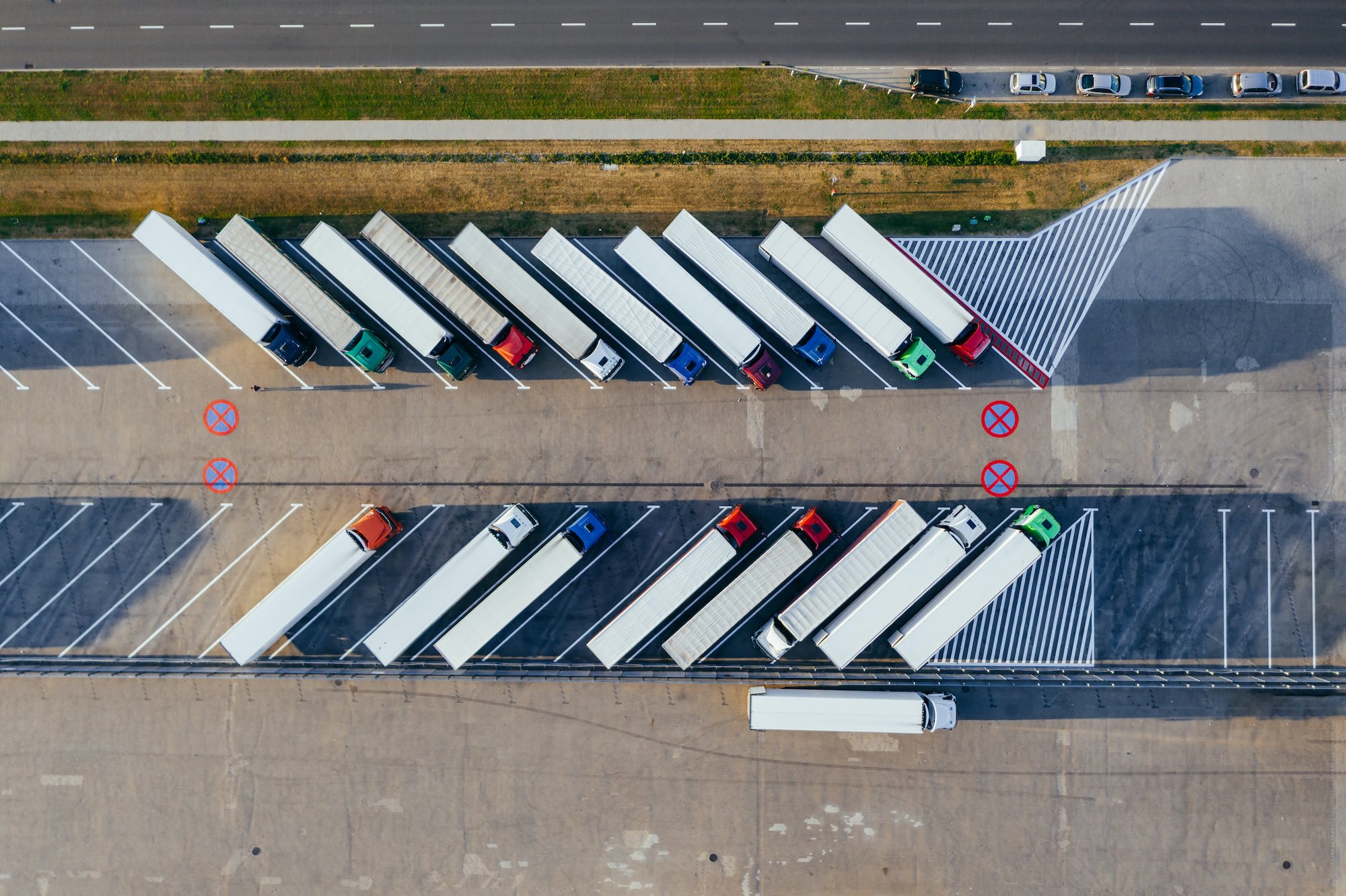 Telematics technology has come a long way since its inception in the 1980s. Today, it is revolutionising the way insurers approach vehicle cover.

A brief history lesson: Before telematics infiltrated insurance, the technology was a covert military tool used during the Cold War. In the decade that followed, governments invested heavily in the technology, looking to improve road safety and reduce their environmental impact. By 1993, GPS technology had spilled over into the consumer market. Fast-forward to the early 2000s, and telematics was being used in web-based fleet management systems that fed real-time updates to remote networks. It was only a matter of time before the technology trickled into usage-based insurance (UBI).

Telematics was initially used to track vehicles on a map, says Clifford de Wit, Chief Technology Officer of vehicle-recovery and fleet-intelligence provider, Netstar, a subsidiary of Altron. The industry really took off when telematics started being applied to the commercial sector, in managing fleets and general logistics. Most technology starts in the commercial sector as it’s often too expensive at first for the general retail market, De Wit notes.

The telematics sector has evolved rapidly since then, especially with the advent of the Internet of Things (IoT), and the cost of the technology becoming more affordable of late. “We started tracking many more things, and we’re adding more by the day,” says De Wit, referring to the industry in general.

Where early UBI programmes calculated premiums based on mileage alone, today’s models can account for a much greater variety of data input, enabling insurers to fine-tune policies to a T. Pay as you drive (PAYD) programmes, for example, a form of UBI that is increasingly being rolled out in the industry, uses technology that examines how a driver performs and sets insurance premiums based on those findings, and is now ubiquitous in South African insurance.

“It’s evolved to a point where we’re not just collecting positional data,” says De Wit. “Most of our units also measure accelerometer data, which means we know variables such as speed and location, but also crucial data such as changes in G-force,” he says.

There’s no shortage of data around us, but it’s in the way that this data is processed where value is derived. “While telecommunications manage the flow of information, informatics handles the data retrieval, resulting in more efficient operations that are cost-effective and safer for users,” Olyott says.

Telematics is becoming especially relevant in the South African commercial sector. “We have extensive fleet management solutions of which the majority are used to proactively mitigate risk for insurers,” says Justus van Pletzen, Insurance Markets Consultant for Netstar.

De Wit explains that there are two conversations around the value of telematics for risk managers. One is providing behavioural data on policyholders, and the other is in providing aggregated data for proactive risk management.

These tools are not only used for managing fleets but also the cargo being transported, which are two different risks entirely. “It’s one thing to ensure that drivers are keeping to the rules of the road but ensuring the safety of the cargo requires a different set of solutions,” Van Pletzen adds.

Insurers usually pick their jaw up from the ground when they realise what can be done using telematics, Van Pletzen says. “They can’t believe that we’re able to do the things we do.”

Where to from here?

Telematics, inside the vehicle and out, is being touted as one of the defining technologies of the future. Olyott says it may become more mainstream as the development of autonomous vehicles continues and companies eventually seek to monitor these vehicles.

Connected vehicle options offered by large vehicle manufactures have also become readily available. So, if cars are rolling off the assembly lines with telematics pre-installed, will it change the way we drive? Of course, says Olyott. “When something is being measured, the results are always better than can be attributed to human behavior,” he says.

Van Pletzen predicts positive changes across the board for road users. “I see more benefits in telematics in terms of mitigating accidents, improving driver behaviour, and combating theft and hijacking,” he says. This is good for clients and insurers alike. “We are likely to see a reduction in the frequency and severity of accidents, which will ultimately result in reduced premiums,” Olyott says.

The transport and logistics industries are changing, says De Wit. Covid-19 has had a huge impact on online deliveries and ride-hailing services, for example, which will be future drivers in changing the way insurers think about their clients. “As there are commercial clients that run fleets, there may be ride-hailing organisations seeking insurance,” he says. The level of data that these companies generate will be invaluable to insurers in providing ultra-tailored insurance to these types of companies.

There’s never been much doubt about the capabilities of South Africa’s technology providers – our tech is regarded as some of the best in the world – it’s been more of a case of persuading the various sectors to adopt these technologies. But we’re slowly getting there, says Van Pletzen. “The telematics is of the highest quality, and the data is of the highest quality, but it’s very underutilised in the market.”

Van Pletzen sees a marked increase in telematics adoption in insurance within the next few years, “from the user and the risk carrier.” Telematics has proven invaluable to insurers over the last few years, also with regards to the more traditional services such as vehicle tracking and recovery.

In the long run, these technologies will play a big role in underwriting methodologies, says Van Pletzen.

More vehicles on the road

Bernard van der Walt, Sector Head at BDO South Africa, a global consulting firm, explains that the unprecedented growth in online retail has had a knock-on effect on the logistics sector and thus the telematics industry.

“In meeting rising demand, industry players have had to embrace innovative technologies to scale their operations,” says Van der Walt.

As telematics continues to improve with data analytics and machine learning, so too will the applications and insights coming from this field, says Gideon Galloway, CEO of King Price Insurance. “For insurers, there are huge potential benefits in the greater use of telematics,” he says. “We are massive evangelists of new technologies, especially where they help monitor and reduce risks.”

The more people there are using telematics, the more detailed the data becomes. Wynand van Vuuren of King Price Insurance sees this as a net positive. “AI will enable insurers to provide an even smoother customer experience, with personalised interactions based on client data, while they will increasingly be able to customise coverage for specific items and events.” Telematics will also facilitate the automation of claims settlement while decreasing the likelihood of fraud.

The US is seeing significant growth in telematics adoption. According to Fleet Complete’s 2021 Outlook Report, fleets in North America, Europe, and Australia will add 3.2 to 3.9 million new telematics subscriptions in 2021, representing 16% year-on-year growth. But does the same hold true for South Africa? Van Pletzen believes that telematics offerings coming out of South Africa are up there with the best in the world. “When it comes to stolen vehicle recovery and data, I think we’re among the leaders in the market,” he says.

The opportunities are there, says Van Pletzen. The onus is on insurers to act on these opportunities. “Insurers who don’t will be left behind and may miss out on the benefits of telematics, or even worse, lose clients as a result.”

Data-as-a-service is the future, says De Wit. Netstar is already partnering with larger insurers in providing aggregated data that gives them insight into trends and assess risk not based on surveys alone, but on real data. Adoption of these technologies is the best way to prepare for the eventual digitalisation of the vehicle industry, but also society as a whole.

Netstar boasts a premium continuous professional development experience at their content-rich hub. This accessible online CPD platform is now propelling the growth of the vehicle telematics, tracking and recovery industry. Don’t take our word for it though – the initial CPD offering was snapped up by 750 applicants within days, and since then every user has rated the process as very satisfying.

Follow this explainer video at https://www.youtube.com/watch?v=Xtu-okivsxk and boost your career at https://cpd.netstar.co.za/login/“