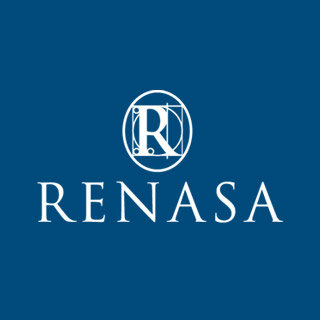 Renasa secures investment and is poised for growth

Since recommencing operations in 2005 following its restructure, Renasa has cemented its position as the preferred insurer servicing independent intermediaries. With a dedicated focus on the outsource market, and its particular brand of supervised intermediary independence, Renasa has successfully developed into “the broker’s best friend”.

During the thirteen years preceding the pandemic, Renasa grew its national footprint throughout South Africa at an annual compound rate of 26%, delivering a personal service to intermediaries.

According to Jonathan Rosenberg, CEO of Renasa: “Several years ago, Renasa anticipated the combined impact of its massive growth and pending changes to legislation in the short term insurance market, both in terms of the supervision of conduct and solvency. Renasa also predicted the impending consolidation in risk carrying and intermediation, and knew that in order for it to retain its standing, and develop to the next level, additional capital backing would be required.”

“TIH is a highly capitalised company and with this partnership, Renasa has secured all the capital it needs for the future. Renasa will continue to go from strength to strength, and deliver the service levels and products for which it has long been recognised by its valued partners,” says Rosenberg.

While the investment is subject to regulatory approvals, advice received is that no obstacles are anticipated.

TIH is part of the international BHL group. BHL has a vast global footprint, operating in eight countries including South Africa, the UK, Australia, France, Turkey, China, Thailand and Singapore. The group also owns The Saxon Hotel – named the World’s Leading Boutique Hotel since 2000; and Steyn City, a visionary residential and lifestyle estate in northern Johannesburg.

Tom Creamer, CEO of TIH, says the company is extremely excited to join forces with such a well-respected business.

“The synergies between TIH and Renasa are numerous. In Renasa, we see an entrepreneurial spirit and the quest for repetitive excellence that we ourselves pursue. While TIH stands out with its multiple-channel, multiple-brand approach, for us, the highly regarded independent intermediary  segment, where Renasa has categorically made its mark, is largely uncharted.

“This partnership strengthens Renasa measurably to the benefit of Renasa’s policyholders, its intermediaries and its employees. TIH’s investment will leave Renasa unchanged in terms of its operations and offering. Renasa will continue to operate under its own independent license. Renasa’s Exco team will continue to steer Renasa, and Jonathan Rosenberg will continue as CEO, leading the same executive team which has built Renasa and steered its progress. Renasa’s ethos will continue as it has, and its management and the Renasa team will, as always, remain directly available to Renasa’s brokers and UMAs.

“Renasa’s approach to business will also remain unchanged and business will continue as usual. Additionally, given that TIH is also a leader in its field, highly advanced technologically, and also a Financial Intermediaries Association award winner, Renasa can be expected to gain from advancements to the benefit of Renasa’s competitiveness and, importantly, the competitiveness of its intermediaries,” says Creamer.

Rosenberg concludes: “Policyholders will be the ultimate beneficiaries in terms of both improved service levels and competitiveness. This further supports Renasa’s longstanding objective of putting its intermediaries in a position to outcompete their competitors. These advancements will supplement Renasa’s current initiatives to raise service levels now that normal operations have resumed after the remote pandemic operating regime.

“We have worked hard to develop Renasa to where it is today, no small thanks to our intermediaries, our staff, executive and board. I am truly inspired to drive for the next goal, the transformation of Renasa into a financial institution of equal stature with its peers, some of which have been in operation for more than a century.”